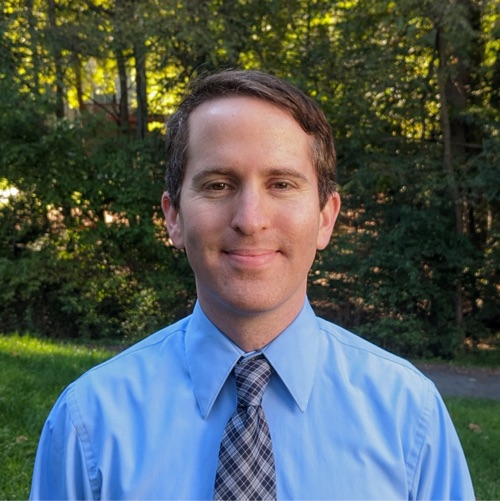 How would you describe the culture at Relative Dynamics?

The EOS team at NASA Goddard is a very welcoming bunch. I have found it to be an atmosphere conducive to learning new skills and developing expertise. The tradition of Thursday trivia is a nice touch too. As an employee of Relative Dynamics, I am well supported to grow as a professional, be it from receiving educational assistance for grad school, or from being encouraged to step into new roles.

What does a typical day look like for you?

As a Guidance, Navigation, and Control (GNC) Engineer for the Aqua and Aura satellites, I typically start my day by looking at a report of spacecraft telemetry from the previous day to ensure that no anomalies have occurred. After checking the daily report, I normally jump back into one of the projects that I'm working on.

One of those projects is to develop the process for performing a retrograde delta-v maneuver, something the spacecraft were not originally designed to do when they were launched in 2002 (Aqua) and 2004 (Aura). This often involves running multiple simulations to test what would happen in a nominal case, but also to understand what could happen if a contingency were to occur during the maneuver. We need to make sure that rotating the spacecraft doesn't prevent them from being able to generate solar power, and doesn't cause sunlight to damage the sensitive science instruments.

As the GNC Engineer, I'm also involved in performing propulsive maneuvers which keep the spacecraft in their proper orbits.  Or on rare, but exciting occasions, I get to maneuver the spacecraft away from potential collisions with space junk.

What are some of the opportunities for growth and mentorship that you have seen?

At EOS, I started as an Online Certified Engineer, which is the engineer who performs shift work around the clock to maintain communications with the satellites. As an online engineer, I was able to work alongside folks with decades of experience. The EOS team is large enough that offline positions, for example the subsystem engineers, inevitably become available from time to time. This is one avenue for growth, and it's the avenue that I chose.

After 8 months as an online engineer, I spent a year as the Electrical Power and Thermal Control Subsystems (EPS/TCS) Engineer. During my tenure, I received training and support from the previous EPS/TCS Engineer. After a year, I transitioned to the GNC position, where I work alongside a senior GNC engineer with years of experience. Many of the offline engineers and managers have held multiple positions within the Flight Operations Team, so there is a rich diversity of experience that all members of the team are able to draw on.

In addition to the mentorship I have received, I also really enjoy the opportunity to be a mentor to younger engineers. I was able to help train new online engineers as well as new EPS/TCS and GNC Engineers.

What are some of the things you look forward to most in your job?

In general, I enjoy the opportunity to solve problems; with the main project I am working on, I enjoy developing the retrograde delta-v maneuver capability for the Aqua and Aura spacecraft, because it is full of opportunities for creative solutions.

What is an example of a hard problem or project you've had to solve?

Working to develop the retrograde delta-v maneuver capabilities for the Aqua and Aura spacecraft is full of difficult problems. One of those problems is to quantify the amount of solar energy which would be imparted onto the side of the s/c which typically never sees sunlight. This depends on many factors, such as at what point during the year the maneuver is to occur, where in the orbit it is to occur, the maximum rate of rotation of the spacecraft, which axis (and which direction about that axis) the spacecraft will rotate around, etc. I developed a tool which takes all of those inputs and performs the analysis. This tool has given us insight into which parameters we can tweak, and how to tweak them, in order to develop a maneuver plan which meets the various constraints of the problem.

Why did you choose to work at Relative Dynamics?

I started my career in engineering, but took a few years off to explore other options in natural resource management, including 2 years of AmeriCorps service with the Maryland Conservation Corps.  Relative Dynamics valued my nontraditional career arc, and welcomed me back into the world of engineering when I was ready to return. There is a real emphasis at RD on personal growth as well as professional growth.

Want to collaborate with us?

Get In Touch
Copyright © Relative Dynamics 2021. All rights reserved.
Have feedback?